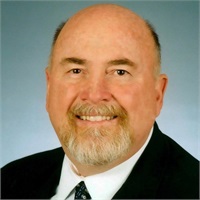 Jerry is a financial advisor and founder of Hunsanger Financial Services, a Wealth Management firm for high-net-worth clients that merged with Marcheso & Associates Wealth Management in 2021. Jerry has more than 20 years of experience within the financial services industry.

Jerry began his management career in the Office Equipment Industry, where he held various positions including that of Southwest Regional Sales Manager for Canon USA in Dallas, TX. He also held positions with Canon as Executive Vice President and President for Ambassador Office Equipment, a wholly owned subsidiary of Canon USA in Chicago. There he won numerous awards from Canon for Growth and Financial Control, served on the Board of Executive Advisors for Northern Illinois University and was named in the Who's Who in American Business.

Jerry began his financial services career as Vice President of Institutional Marketing at NSA Securities in Chicago. Jerry moved to the Northwest in 2004, where he was a financial advisor at Merrill Lynch in Spokane and later for Sterling Bank, covering nine Washington and Idaho branch locations.

He enjoys several hobbies, including wildlife photography, boating and showing muscle cars at local shows in the Spokane and Coeur d' Alene area. Jerry resides in Spokane with Kathy Piper and their Golden Retriever, Missy.